Dear Mafias of the World,

As I am sure you know, the world is currently undergoing a global infectious crisis that is unprecedented in our history.

This pandemic, caused by antihuman Mumboes that are thought to be of extraterrestrial origin, is finally showing signs of abating in certain sectors of the human population in which people are coming to realize that Mumboes are mental parasites and should be rejected as such.

The problem is that Mumboes have continued to proliferate and grow ever more problematic and dangerous in numerous key areas of society: in our governments, our corporations, our healthcare system, our media, our municipalities, our armed forces, and in our law enforcement agencies.

The leading theory to explain this phenomenon is that, somewhat like flies emerging from larvae contained in dung, Mumboes have parasitized millions of mentally susceptible humans to such an extent that the former have taken over the minds—and even the bodies—of the latter.

Those who have resisted or been cured of the Mumbo infection understand that the continued existence of Mumboes in our power structures threatens not only human rights and civil liberties but the very survival of humanity.

People are attempting to counteract the Mumbo threat in various ways: through prayer, petitioning, sharing information, organizing protests, etc. The Mumbo infection is so far advanced globally, however, that such activities have produced little to no results.

Others have entertained the fantasy that there are “White Hats” in and outside government opposed to the Mumboes who are planning to save humanity from this threat.

As no real evidence of such White Hats has been forthcoming, and as time is quickly running out, it is out of desperation and with considerable reservations that I turn to you, the Mafias of the World, and request that you do what those who swore to protect us from “all enemies, foreign and domestic” should have done a long time ago: neutralize the leaders of the Mumboes.

Popularly, this is called “cutting the head off the snake.” In theory, given that probably no more than a hundred Mumbo leaders exist worldwide, such an intervention could be carried out with alacrity, as in the phrase “night of long knives.”

Fortunately, in this instance no taking of lives is necessary. It would be enough to simply give the Mumbo leaders a dose of their own medicine by force-vaccinating them with the highly effective Mumbo vaccine they themselves created for use on everyone else.

Neutralizing the Mumbo leadership thus, it is reasonable to believe, would effectively cure the worldwide Mumbo infection in short order, allowing We the People to once again enjoy life, liberty, and the pursuit of happiness.

In your case, Mafias of the World, such an intervention would protect your families, including your children and grandchildren, while allowing you to keep prospering in a world where cash would still exist, surveillance would be curtailed, homes would still be sanctuaries, and many other freedoms important to your trade would continue to be maintained. If you are truly Wise Guys, you will see the wisdom in this simple strategy.

I ask you to consider this course of action, if not for the sake of us all, then for purely selfish reasons. 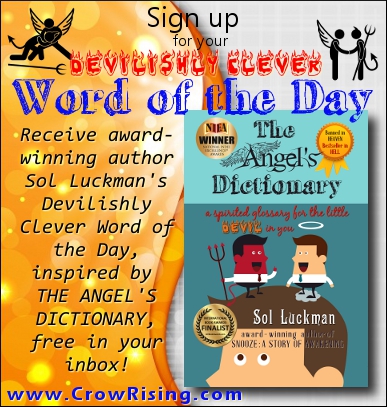