[SL: As of April 17, 2021, I’m discontinuing updates to the database at the conclusion of this article in order to focus on the release of my new novel, CALI THE DESTROYER, and my new self-illustrated book of humor, MUSINGS FROM A SMALL ISLAND. I’ll keep this blog online as a historical reference for the beginnings of the post-2020-election-theft era.] 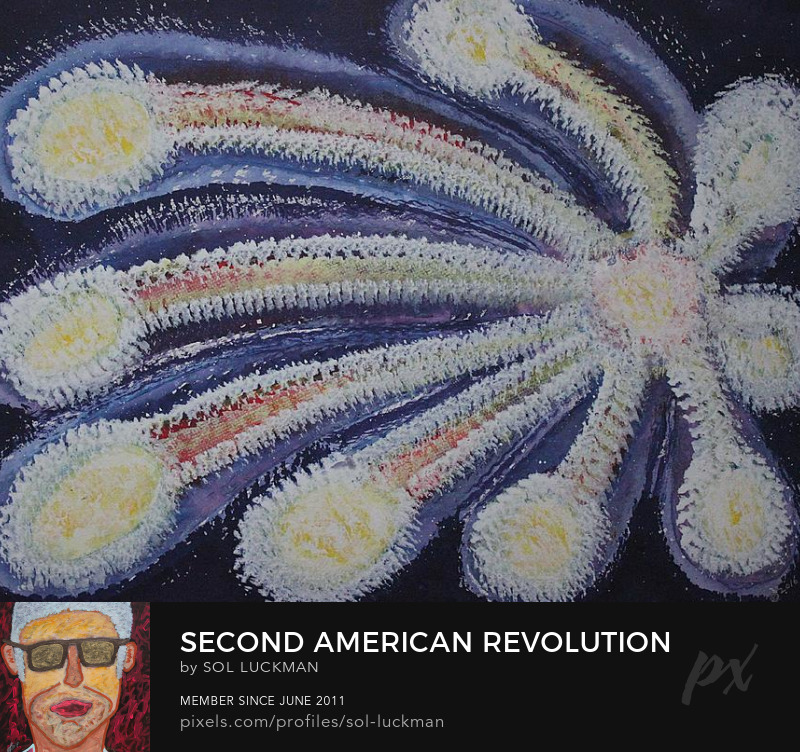 I get it if you’re a little down in the mouth after yesterday’s nauseating fake inauguration of the illegitimate President Select, China Joe Biden.

I’m not even a Republican (and I won’t ever be after that party’s craven betrayal in solidarity with the Democrats of We the People)—yet as someone who values even imperfect freedom over a communist takeover of the United States via an obviously, provably stolen presidential election, I’ve definitely stared down my own existential (literally) crisis.

The way I see it, we have one of two options: surrender to a fully tyrannical onslaught by a pretend government that will make Orwell’s 1984 look like a romantic walk in the park—or nonviolently oppose that same government, its bogus policies and its fraudulent executive orders and so-called laws with every fiber of our being through individual and collective civil disobedience.

Me, I’m choosing the latter, which is why today I’m starting a new political database to complement my wildly popular (if I can be excused for using this term for something that, in a sane world, shouldn’t even have to exist) COVID Truth Database.

Upon consideration, despite appearances to the contrary created by the onslaught of absurdly fake news from the MSM and wildly unconstitutional censorship by social media, I actually believe there are still many rational reasons for optimism that the United States will reemerge from this dark night of the soul that started with the COVID-19 plandemic and seemingly culminated with Beijing Biden’s ascension to the role of Commander-in-thief.

And fortunately, I’m far from alone in this belief. Many other researchers have reached similar conclusions. It is their work—often ridiculed, marginalized and hated on—that I will present in this regularly updated database for genuine truthers and patriots willing to turn away from our manufactured despair and embrace an alternative viewpoint of where things might be headed in the near future.

If you’re one of the many fair-weather freedom fighters out there and want to hate on me for sharing what you’ll undoubtedly dismiss as hopium, just realize that hate is like a boomerang and will eventually wrap around your own neck. And for what it’s worth, anyone hating strongly enough to give a rat’s ass what I have to say on this subject clearly suffers from negativity-impaired cognitive function.

To all others, I encourage you to check back often to see the new updates that provide real hope for solutions and practical suggestions for helping bring them about. We may not all be in this together—but those of us who are still fighting the good fight definitely need to stick together.

On the lighter side of red-pilling, I also encourage you to download this free excerpt of my multi-award-winning political humor book, THE ANGEL’S DICTIONARY. In its five-star review of this knee-slapping “tour de farce,” Readers’ Favorite had this high praise: “Irreverent in its honesty and take-no-prisoners approach, THE ANGEL’S DICTIONARY: A SPIRITED GLOSSARY FOR THE LITTLE DEVIL IN YOU is an honest appraisal of words in terms of today’s sensibilities. Sol Luckman has picked up where writers like Mark Twain and Ambrose Bierce left off over a century ago, identifying new associations for words and phrases to match what they really represent today […] They say many a true word is spoken in jest, and perhaps Luckman’s humor is a well-timed wake-up call to be heeded while we still have time to ask important questions.”

To freedom—and the emergence of a brand-new Land of the Free … here and abroad!

And please, share genuine hope by sharing this resource!

CNN Director Filmed Admitted Network Is Propaganda
MUST-WATCH: The Q Code Has Been Cracked
Excellent News: Crumbling Deep State Exposed on Turkish TV
Montana Governor Prohibits Vaccine Passports
Russell Brand on the Dangers of Vaccine Passports
The Return of Donald Trump
The World Is Watching, the Timing Is up to Trump
The Central Bank Is the Disease, the People Are the Cure
Juan O Savin Unplugged (Part 1)
Juan O Savin Unplugged (Part 2)
Mel K Catches up with Nicholas Veniamin

Great Barrington Declaration Scientists with Ron DeSantis
Johnson & Johnson Vaccine Paused after Adverse Reactions
Almost 40% of US Marines Have Refused COVID Jab
There Will Be an Inflection Point Where the People Say No More
This is How It Is Done: Uniting against Tyranny
Mel K & Chad Stewart Discuss Education System & Solutions

MAJOR: US Rules out Federal Vaccine Passports
WHO: No Vaccine Passports, Even for International Travel
New Exclusive Trump Interview
BOOM! Charles Barkley Speaks Truth to Social Justice Warriors
Biden May Actually Resume Construction of Border Wall
Americans Are Rising up against Woke Corporate America
Missouri Working to Protect 2nd Amendment Rights
We Are Witnessing the Offensive, Light at the End of the Tunnel
The People Will Finally See through the Central Bank Narrative

Georgia Passes Sweeping Election Reform
Conspiracy No More: Deep State Agenda Exposed, the People Are the Cure
HoloJoe: Analysis of CGI Biden, How Stupid Do They Think We Are?
Gene Decode Discusses Latest Updates with Nicholas Veniamin
The Fall of the Cabal (Part 6 of 17)

Elon Musk Announces That Tesla Will Accept Bitcoin as a Parallel Society Rises
Communism Is the Deadliest Evil
A Major Move Has Been Made with the New Currency, Panic
You Are Watching a Show, Moves & Countermoves
Why There Is No Crisis at the Border—Special Liberal Report
Mel K & Nicholas Veniamin on NWO, Trump, Protests, Vaccines & Censorship
Leftist Narrative Falls apart in Real Time
Hunter Investigation Is Still Ongoing
The Fall of the Cabal (Part 3 of 17)

Watch the Water, Boomerang, Epstein, Story Goes Much Deeper
The People Will Fight back, the Light Is Coming
What Patriots Need Most Right Now Is Courage
Will the Real Joe Biden Please Fall down?
The Deep State Is Crumbling
Missouri AG Leads Multi-state Lawsuit against Biden’s Authority
What Is Really Going on in America?
Veterans & Health Workers Protect Lockdown Demonstrators in the Netherlands
Kenyan Doctors Reject Covax, Citing “Suspect” Motivation behind Jabs

The Government Needs a Lobotomy & Humanity Needs to Grow Some Balls
The Corrupt Politicians Just Exposed Their Economic Corruption
Clowns Attacking, the Floor Is Yours, The End Won’t Be for Everyone
Turkey Set to Become First Country to Ditch COVID Requirements for Tourists
The French Are Rejecting the Covax en Masse
Iran Bans Import of COVID of “Completely Untrustworthy” COVID Vaccines
Mel K & Rob Really Eyes Wide Open Truthcast

What Pandemic? Ask Yourself These Questions
New CDC Report DESTROYS the Case for Mask Mandates
All Lives Matter, after All: Support for BLM Is Imploding
Don’t Mess with Texas: Operation Lone Star to Finish Trump’s Wall
The People Are Now Being Presented with a New Economic System
Clandestine Op in Progress, Think Shadow Presidency & Government
Our Winning Battle to Save America Continues
Charlie Ward & Mel K Share Thoughts on the Great Awakening
White Hats Have Saved Us from a Catastrophe
Simon Parkes Interviewed by Doug Billings
Lin Wood Doubles down Even MORE

The Most Important Election Audit in US History
Dr. Steve Turley: Red State Rebellion against Biden’s Transgender Order
X22 Report A: Trump Was Right about the Economy
X22 Report B: DEFCON 1, Fire & Fury, We Are Fighting for You, Message Received
Sean Stone: White Hats Are in Control, Power Is Returning to the People
Mel K & Rob Really: Nothing Can Stop What Is Coming
QFS Update with Charlie Ward & Nicholas Veniamin
Santa Surfing: How the Fed Robbed Us! Angel Anon Updates
Stillness in the Storm: Propaganda Lie Machine Exposed

Patriot Streetfighter: Bridging the Gap, How the Plan Looks Now
X22 Report A: The Economic Puppet Masters Have Made Their First Move
X22 Report B: No Such Agency, Trump’s Great Awakening, Stage Being Set
Mel K & Catherine Edwards Weekly Tea across the Pond
What Happened in Vegas Won’t Stay in Vegas: Mel Is Back!
Santa Surfing #1: From Dynasties to Dinosaurs! Crowd Support Helps White Hats!
Santa Surfing #2: Q Post Confirms GESARA!
Jordan Sather: The War Is Real, the News Is Fakes, Optics Are Important
Marine Le Pen Surges in the Polls as France Turns Populist!

URGENTLY NEEDED: COVID Truthers to Wake up Half-truthers
For Any & All White Hats: The Importance of Courage—Masculinity Discussion
SGT Report: USA Situation Update with Mel K (Part One)
Tyrannical Governors Cuomo & Newsom Now Face Removal from Office
More Signs of Sanity: Sarasota, Florida, Ends Mask Mandate
Pentagon: UFO Wreckage Test Findings Could “Change Our Lives Forever”
X22 Report A: Why Mess with Banksters in the Process of Ending Themselves?
X22 Report B: How to Break up Something Big, Define Trap

TEXIT! Why Texas SECESSION Is Inevitable
X22 Report: The Elite’s System Is in the Process of Being Exposed
Ann Vandersteel & Cristen W Discuss New Taiwanese Intel

DEM NIGHTMARE! Impeachment Circus Backfiring
Bob Kudla: The Election Infection Is Coming to an End, Biden Won’t Last
The Military Is in Charge, Joe
Trump: We’re Not Finished Yet (& More)
David Wilcock Lays out Where Were Are in the Plan
X22 Report: Think Football, the Super Bowl Will Look Like a Puppy Show
Lin Wood Goes for the Jugular by Exposing the Pedocracy
Putin Calls out Power & Control Agenda of Big Tech

Enlightening Roundtable Discussion on Current Events
Mike Adams: The Trigger for the Military to Move against Biden
Simon Parkes Update
Eye-opening Conversation between Sacha Stone & Charlie Ward
“Q Is a Psy-op to Make You Passive, Look at Operation Trust”—WRONG

Trump’s First Words Since Leaving Office: “We’ll Do Something, but Not Just Yet”
Monkey Werx Overwatch: Encouraging Info on Pro-patriot Flight Patterns
DC Troop Count May Actually Be INCREASING!
Jeffrey Prather: Retreat Not Surrender
Nicholas Veniamin & Charlie Ward Talk Facts
Simon Parkes Interviewed on The Right Side by Doug Billings
Uprising in GOP! RINOs Getting Purges as PATRIOT PARTY Begins to Rise!
Mel K & Ann Vandersteel on the Current Situation
Martin Geddes on the Future of the Internet—Web 3.0 & Human Web
The Most Important Legal Pathway for Trump to Reclaim the Presidency
X22 Report: Sometimes You Have to Sacrifice Yourself for the Greater Good
Fox News Ratings CRASH as Trust in Mainstream Media IMPLODES
Pentagon Blocking Biden Admin from Current Operational Intelligence
GOP Lawmaker Introduces Articles of Impeachment on Joe Biden