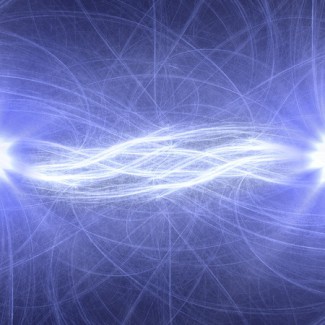 Research on the placebo effect is revealing some amazing discoveries about the power of belief. Placebos were created to control for suggestion, imagination, and bias in both investigators and patients in clinical studies. (1) At the time placebos were first introduced into medical research, investigators didn’t know how they produced their effects. As the field of neuroscience has evolved, it is becoming clear that belief induced within the context surrounding the placebo produces very specific and powerful physiologic effects.

Research shows there are actually multiple placebo effects. In other words, there are multiple ways the placebo influences the body-mind to heal depending upon the therapy or condition being treated. This research shows that the placebo effect is mediated by the release of neurotransmitters, consistently impacts certain areas of the brain, and even mirrors the action of pharmaceutical drugs on human physiology. (2)

Randomized double-blind placebo-controlled trials are the gold standard for proving effectiveness of a medication. The placebo—a pill containing no active substance—is used in these trials to act as a comparison for the active drug being tested. If you say the words “placebo effect” to a pharmaceutical industry researcher, they might cringe. This is because it is not uncommon for the placebo to beat the active drug in clinical trials, and this is especially true for antidepressants.

The Mind as Healer

Research on the placebo effect proves the mind is capable of great feats in healing the body, which is really not a surprise given that the body is an infinitely intelligent organism.

Humans were healing themselves long before the invention of modern medicine techniques. Indigenous shamans have been facilitating healing for thousands of years, often in conjunction with the placebo effect. They gave patients hope, and through expectation, the mind initiated the changes in physiology for the body to heal.

It turns out that the placebo effect is the power of belief, and is related to multiple psychosocial factors. One factor is expectation, which relates to a reduction in anxiety or in expectation of reward. Learning is another factor related to conditioning through giving a medication prior to a placebo, or social learning whereby patients heal because they see others heal. (5)

The placebo effect provides insight into the complexity of consciousness and how little we really know about the mind and its ability to heal. But the scientific evidence is accumulating and points towards the possibility that the mind has an unlimited healing ability.

This makes total sense to me, but skeptics don’t like common sense until the science proves it. They should be prepared to wait a very long time before science proves everything.

Research shows that a placebo exactly mimics a drug’s effect when the patient has been exposed to the drug prior to the placebo. This has been shown with pain medications, an immune suppressing medication, an anti-Parkinson’s agent, and an anti-anxiety drug.

What’s even more amazing is that the placebo effect can even be quantified based on what is told to the patient regarding the likelihood they will be getting a drug. (6)

Ritual of the Therapeutic Act

The placebo effect is a mind-body phenomenon that starts in the brain, results in clinical improvement, and is intimately related to the ritual of the therapeutic act. This ritual involves things such as the people in the room, spoken words, syringes or other devices, and even the color of a pill.

One of the most important factors that trigger expectations and belief is a verbal suggestion. Verbal suggestions are frequently given in clinical studies of the placebo effect, and these words as part of the therapeutic ritual have powerful effects on the body. This is an important concept to remember because your own words based on your innate beliefs are part of your own therapeutic ritual every single day of your life.

Fabrizio Benedetti, MD, one of the world’s lead researchers on the placebo effect says, “In fact, what is emerging today from a strict scientific standpoint is that the very ritual of the therapeutic act can change the patient’s brain, thus anybody who performs a therapeutic ritual can influence the physiology of the patient’s brain and obtain positive effects.” (7)

Your Body-mind Is Listening

The placebo effect emphasizes the importance of belief in overall health and wellness. Be positive in what you say and be discerning about what you believe. Your body-mind is listening.

This article, which appeared here, is offered under Creative Commons license.

Keith Holden is a physician who is board certified in Internal Medicine and trained in Functional Medicine. He has a special interest in parapsychology, mind-body medicine, and spirituality in medicine. His popular course on Udemy.com, “Power of the Mind in Health and Healing,” teaches how to use the power of your mind to heal your body and maximize your intuition. Visit his website at http://dr-holden.com.