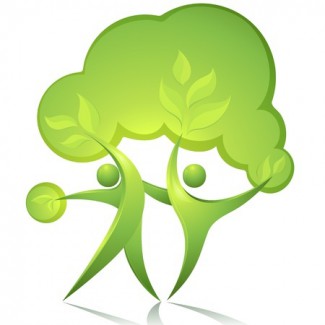 Why have an article on process in a newsletter largely devoted to evolution? What could process possibly have to do with evolution?

In a word, everything.

We now know that our universe is not the static, clockwork mechanism scientists once believed it to be. Rather, we know that it is constantly changing. In fact, change through time is central to the definition of evolution.

A process is a naturally occurring or designed sequence of changes. Sound similar? You could say that evolution is the mother of all natural processes. And, as our mothers often do, evolution has much to teach us about the design of processes. Why do processes matter? The better we are at designing processes that are consonant with the patterns underlying the dynamics of evolution, the greater our likelihood of creating changes that serve us well.

This article is devoted to processes used in human systems—processes that empower change to serve the needs of individuals, collectives and the larger whole of which we are all a part. We offer such thoughts because we believe that we are all agents of evolution and that the more conscious of this we are, the greater the difference each of us can make.

Since conversation is a primary means for human interaction, it is central to how process happens in human systems. As such, conversation is as an evolutionary force of extraordinary potential.

Over the last 14 billion years, as Western science currently understands it, the growing edge of evolution—the appearance of radically new forms of complexity—has moved from cosmic to geologic to biologic to cultural. The universe itself learns and transforms, having made a variety of leaps through its billions of years. At every stage, single entities come together to organize themselves into more complex entities—from hydrogen gas to stars and planets; from molten material to a habitable planet filled with mountains and oceans; from single celled entities to the wondrous array of plants and animals on the Earth today; and through humanity itself, from family groups to worldwide socio-economic systems.

There is something vital and hopeful about the central role of conversation for the survival of our species. With its primary role in interaction among humans, conversation has the potential to do the work that interaction always does in evolution: to empower distinct organisms (like singe cells) to self-organize, cohering into novel, more complex organisms (like us). What are the implications for humans? What do self-organizing differentiated humans become when they converse with each other?

We already know humans create tribes, nation-states, and other collective bodies. I believe there is something of vastly more creative potential available to us. It involves another gift on the emerging edge of evolution: consciousness.

What’s Consciousness Got to Do with It?

Cosmologist Brian Swimme has compared consciousness “to the emergence of oxygen within Earth’s early communities of life, a development that carried both the destructive and the creative significance of that earlier event.” When life first began generating oxygen with photosynthesis, Earth had no way to use it creatively, and it accumulated as a toxic waste product, oxidizing rocks and bacteria everywhere. This sparked the first environmental crisis, almost eliminating all life. Instead, life mutated, inventing respiration—a new means to interact, perfect for the times—thus finding new stability through increased complexity.

Could it be that consciousness is the latest evolutionary innovation that, when applied to conversation, catalyzes a new form of social system, the conscious co-creative collective, the radiant network of deep community? I believe that conscious conversation is the path to what Thich Nhat Hanh imagined when he said, “It is possible that the next Buddha will not take the form of an individual. The next Buddha may take the form of a community, a community practicing understanding and loving kindness, a community practicing mindful living. And the practice can be carried out as a group, as a city, as a nation.”

The practice of conscious conversation has the potential to help us creatively engage with the overwhelming natural and human-generated crises we face today. In fact, it may be the only thing that can.

What Is Conscious Conversation & How Might It Be Our Salvation?

A conscious conversation continually increases our awareness of ourselves, others and the whole in relation to each other and our environment. There is a growing body of experience, research, philosophies, principles and practices that teach us about the power of conversation to create breakthroughs. Where conscious conversation happens, violence disappears.

Individual practices such as nonviolent communication and projects such as the Compassionate Listening Project are examples of what is possible. Processes that engage hundreds, even thousands in creating the communities and organizations they want, are just beginning to demonstrate their potential for creating forms of being together that benefit and serve the needs of both individual and the collective. These processes that consciously engage people in conversation are at their best when dealing with diversity, conflict, and complexity. Processes such as Open Space, Appreciative Inquiry and The World Cafe are making a difference around the globe with thousands of people.

What Does Conscious Conversation Mean for You?

What are the conversations that matter to you? Who are the people who care as you do? How can you engage them?

Explore the process websites above as well as other more general conversation-supporting websites such as the National Coalition for Dialogue and Deliberation and the Co-Intelligence Institute—and try out some simple conversational hints and processes in your own life and community. Conversations that have heart and meaning can change the world—and you can convene them!

Peggy Holman consults with organizations and communities, increasing their ability to achieve what is most important to them through growing their capacity for inviting the emergence of new ideas and relationships. She is acknowledged as a leader in generative processes for whole system change. Her work encourages people to take responsibility for what they love, resulting in stronger organizations, communities, and individuals. Her first book,  THE CHANGE HANDBOOK: GROUP METHODS FOR SHAPING THE FUTURE, co-edited with Tom Devane, was warmly received as an aid to people wishing to increase the impact of their organizations and communities. For more information visit www.peggyholman.com.