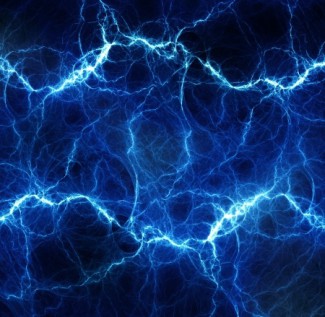 [NOTE: This article is adapted from the international bestselling CONSCIOUS HEALING: BOOK ONE ON THE REGENETICS METHOD.]

My last several months working with an offshoot of BioSET, I began intuitively receiving a tremendous amount of information. At this stage, I was inspired to read a book nearly every other day on biology, chemistry, physics, genetics, new science, energy medicine, or esoterics.  A host of interrelated ideas came to me all at once and I began to substantiate them through muscle testing.

The science of muscle testing (kinesiology) employs muscle response (strong or weak) tests to determine allergies, emotional blockages, and even the truth or falsehood of given statements. Since its invention in the 1960s, kinesiology has become popular among both alternative and mainstream healthcare professionals around the world.

For those unfamiliar with the many applications of kinesiological testing, I recommend POWER VS. FORCE: THE HIDDEN DETERMINANTS OF HUMAN BEHAVIOR, by Dr. David Hawkins. This famous text, praised by Mother Teresa among others, provides a thought-provoking introduction to the fascinating field of kinesiology. For present purposes, it is simply necessary to mention that muscle testing, properly utilized, can be a powerful tool for gathering and evaluating information that has been validated empirically on numerous occasions.

My lovely partner Leigh assisted me throughout the development of the Regenetics Method. Without her keen insight and unwavering support through the ups and downs, this work never would have come into being.

We performed hundreds of hours of muscle testing—literally tens of thousands of tests—with ourselves and our clients. We would come up with an idea and order the homeopathic vials to assess it from a vial maker on the West Coast. He must have thought we had a few screws loose because we ordered vials for auric fields, chakras, sounds, notes, octaves, letters of the alphabet. But we paid him and he sent us the vials. Then we would test and retest enough to determine whether our ideas had any validity.

One of our most important early realizations about traditional energy clearings such as those used in NAET and BioSET was that these techniques employ a typically “Western” focus on the physical—even though the techniques themselves use pure energy! In light of this internal contradiction—which was so obvious that at first, like trees in the forest, it was difficult to see—we became interested in the body’s energy fields: specifically, the auric or electromagnetic fields.

I am choosing to use the adjective “electromagnetic” to characterize the levels of the human bioenergy structure, knowing full well that electromagnetic is more descriptive than scientific. These levels are actually “torsion” fields of conscious energy associated with the temporal dimensions that give rise to such effects as electromagnetism. But since it is difficult for a first-time reader to connect with a new word like torsion (which I will revisit), and since “auric” may sound too esoteric for some, I will stick with electromagnetic most of the time.

The electromagnetic fields can be thought of as an interlocking set of high-frequency “force-fields,” each responsible for the correct functioning of a particular gland, meridian, organ system, set of emotions, etc. Throughout this text, I will focus attention on the electromagnetic fields. It should be remarked, however, that as the chakras align with these fields in order and number, many of the same observations also may be applied to the chakras. The electromagnetic fields, combined with the system of chakras, form the human bioenergy  blueprint  that  can  be  envisioned  as an energetic grid—a hologram—of intersecting horizontal and vertical lines of force.

Many researchers have confirmed the existence of the human electromagnetic fields. Kirlian photography has captured these fields for decades. In the 1980s, Dr. Hiroshi Motoyama, a Japanese scientist, developed instrumentation capable of measuring bioluminescent electromagnetism such as light emitted from the chakras of yoga masters.

The Human Bioenergy Blueprint. From the perspective of quantum biology, the human body is a hologram composed of intersecting lines of bioenergy. The above figure shows how the vertical, light-processing chakras interface with the horizontal, sound-generated electromagnetic fields to create the geometric matrix necessary for physical manifestation.

The late Valerie Hunt, a professor at UCLA and author of INFINITE MIND: SCIENCE OF THE HUMAN VIBRATIONS OF CONSCIOUSNESS, employed an encephalograph (EEG) machine successfully to register the bioenergy fields. Dr. Hunt goes so far as to theorize that the mind, rather than residing in the brain, actually exists in the electromagnetic fields—and that in some as yet poorly understood way, the latter may be the mind.

In the main, this is consistent with other scientific research indicating that the mind clearly transcends the physical boundaries of the brain. Recent studies in immunological function conducted by Robert Jahn and Brenda Dunne, for example, concluded that mind or consciousness operates at the level of the immune system, which is directly responsible for distinguishing self from other.

From a more esoteric perspective, gifted psychic and author Sheradon Bryce states point-blank: “Your mind is your electromagnetic field, your auric bands, or whatever you wish to call them. Your field is your mind. The thing in your head is your brain.” Interestingly, anticipating our discussion of the “ener-genetic” similarities and distinctions between sound and light that begins in Chapter Six, Bryce refers to the electromagnetic fields as “feeling tones” (my emphasis).

The Jewish alchemical science of the Kabala calls the auric fields collectively the nefish, often described as an iridescent bubble surrounding the body. In the book FUTURE SCIENCE, John White and Stanley Krippner point out that nearly a hundred different cultures refer to the human aura with nearly a hundred different names. The aura even may appear as a halo around images of Christian saints. One reason Western science has ignored the aura is that, because of its extremely high (hyperdimensional) frequency bands, it is hard to quantify. But it is worth noting that most scientists fail to understand the true nature of any energy field, not even one as mundane and measurable as electrical current.

As our bioenergy blueprint, the electromagnetic fields function as a compendium of all the data pertinent to our wellbeing. In THE HOLOGRAPHIC UNIVERSE, Michael Talbot explains, “Because an illness can appear in the energy field weeks and even months before it appears in the body, many … believe that disease actually originates in the energy field. This suggests that the field is in some way more primary than the physical body.”

Naturopath Stephen Linsteadt, author of THE HEART OF HEALTH: THE PRINCIPLES OF PHYSICAL HEALTH AND VITALITY, explains that an “interruption or distortion in the range, strength and coherency of the body’s electromagnetic system leads to breakdown in the body’s self-healing mechanisms.” Physician Richard Gerber, author of VIBRATIONAL MEDICINE, goes a step further by arguing that if doctors could find a way to treat the bioenergy field, they would achieve total healing. Until then, Dr. Gerber contends, many treatments “will not be permanent because we have not altered the basic [blueprint].”

Similarly, Nataliya Dobrova describes the individual as a “complex emotional bio-energy information system: a microcosm that reflects a macrocosm—the universe. All of a person’s organs and systems have their own electromagnetic rhythms. Disharmony in this rhythmic activity signifies disease.” Dr. Dobrova goes on to explain how such an “imbalance is closely connected with structural or functional problems found in a person’s organs or systems. If one can restore the person’s own rhythmic harmonies to a sick organ, one can restore the proper functions of that organ.”

A nearly identical line of thinking informs one of the classics in the field of sound healing, Jonathan Goldman’s HEALING SOUNDS: THE POWER OF HARMONICS. Through harmonic resonance, writes Goldman, “it is possible to restore the natural vibratory frequencies of an object that may be out of tune or harmony. When an organ or another portion of the body is vibrating out of tune, we call this ‘disease.’”

Such belief in the power of harmonics to heal the body is echoed by Horowitz, whose research in cymatics (the study of the effects of sound on physical form) and electrogenetics leads him to emphasize that “harmonic frequencies maintain health, promote growth and healing, while discordant frequencies produce stress, oxygen deprivation, acidification, electrochemical imbalances, illness and death.”

From a cymatic or vibratory standpoint, disharmony is disease. The critical concept to grasp here is that all manifestations of disease, whether diagnosed as “physiological” or “psychological,” result from disruption (in the form of toxicity or trauma, or both) of the primary ener-genetic harmonies and rhythms contained in the electromagnetic fields and corresponding chakras.

As I will elaborate in subsequent chapters, these bioenergy centers have an intimate relationship with DNA that gives them direct regulatory access to all cellular functions. Therefore, if we can find a way to reset our bioenergy blueprint through harmonic resonance, we can go directly to the root of disease processes. This was one of the principal goals Leigh and I set for ourselves as we began to develop the Regenetics Method.

Building on this deep dive into lucid dreaming, parallel universes and Hindu mysticism, Sol’s new novel, CALI THE DESTROYER, Winner of the 2022 National Indie Excellent Award for Visionary Fiction and Finalist in both the New Age and Visionary Fiction categories of the 2021 International Book Awards, is a page-turner of a sci-fi tale set in an Orwellian future seeded in the dystopian present that radically rewrites Gnosticism as well as the origins of the earth and humanity. 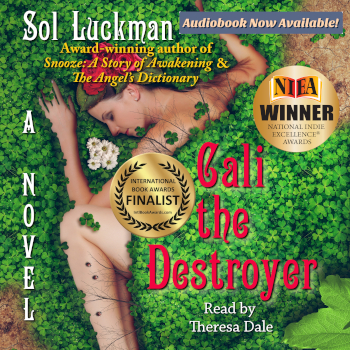