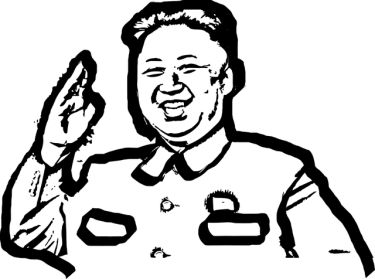 Shortly after the turn of this century, I found myself standing in one of the halls of political power in former Czechoslovakia, after hearing the umpteenth horror story from communism, and saying to myself, “I wish I could live through a little bit of communism to see how normal people allowed it to all happen.”

You see, I just couldn’t believe how this stable and prosperous interwar democracy could find itself in the throes of Stalinist communism and its psychological turmoil. It was shortly after World War II though, in 1948, that the communists came to power and there was a lot of “new normal” to deal with after the horrors of war. Akin to our current era, there was even a period of Czechoslovak communism called “normalizacia” or normalization.

What was this thing called normalization? It was the “second wave” of Stalinism led by the old guard, a return after the liberalization of the 1968 Prague Spring to the most oppressive communism, a “new normal.”

Normalization lasted from the fall of 1968 until November 17, 1989, when a peaceful revolution was set into place in former Czechoslovakia.

The Normalities of Life under Communism

From the surveillance state, to the uranium mines for political prisoners, along with other horrific impacts for thinking the wrong thing: no college for your kids, no permission to pursue your desired career path, no permission to travel (unless you were really awful, hard to repress, and they wanted to get rid of you), to the total control of almost all aspects of life for all people, political prisoner or not, to the total domination of media and culture for the political ends of government, in which there was even well-funded and encouraged official culture and unofficial culture.

If you stayed obedient, you were mostly treated okay compared to the others. If you got close to the most powerful, you were treated better. Within a few years, no one in society—from the highest echelon down—was living all that well. As time went on, the difference between west and east grew more stark. Virtually everything was chintzy in the east.

How could a people put up with it? How could anyone treat this as normal?

The stories I heard from so many seemingly normal and logical people in my many lengthy visits to post communist countries was “It was all so normal” and “We never realized anything was wrong with it.” Plenty will also speak openly about the abnormality of it all. To this day, in the post-communist lands, large percentages of the population, who are more comfortable being obedient to authority than figuring out how to add value in the world around them, lament the shift from communism.

Some people such as that have not made the shift to the logical and generous environment of capitalism very well. They miss the warm paternalistic embrace of being a lackey in communist society.

As I write this, on Friday, November 13, 2020, seven months into our free trial of corona communism, on the 241st day of lockdown in this most heavily locked down American city in which I hang my hat, I’m beginning to see the many similarities that made it all so possible for the people of Czechoslovakia to see it as all so normal.

Compliance Is at the Heart of Totalitarianism

I stood with a European two weeks ago as he intimated to me the descent of the world into a state of compliance at all cost, and he related those details from his corner of the world since World War II, imbued with the memories of his forefathers.

How Does Your Compliance Benefit You or Anyone Else?

The benefit of compliance to the individual in the present era of corona communism is unclear and unquestioned. The insistence to comply is the primary definition of what is taking place today. There is no rigorous reason to it. There is no prevailing logic to it. There is certainly no genuine public debate.

Many governments and cultures in a self-perpetuating loop of fear that has been stoked and re-stoked have shifted toward this totalitarian demand toward compliance at all cost. New York Governor Andrew Cuomo even admits to happily riding the tide rather than leading.

Cuomo, seemingly the biggest reactionary of all state governors instead of leading, tries to claim cynically that he rides the wave of fear, while blaming others for the fear-mongering behavior that he engages in that so feeds that fear. On a Tuesday, October 6, 2020  (h/t Robert Wenzel) conference call, trying to make peace with Orthodox Jewish leaders who he later “stabbed in the back,” by their account, Cuomo calls his government’s corona response an over-reaction:

“I’m a hundred percent frank and candid. This is not a highly nuanced, sophisticated response. This is a fear-driven response, you know. This is not a policy being written by a scalpel; this is a policy being cut by a hatchet. It’s just very blunt. I didn’t propose this, you know; it was proposed by the Mayor [Bill de Blasio] in the City. I’m trying to sharpen it and make it better. But it’s out of fear. People see the numbers going up—‘Close everything! Close everything!’ It’s not the best way to do it, but it is a fear-driven response. The virus scares people. Hopefully, we get the numbers down in the zip codes, the anxiety comes down, and then we can have a smarter, more-tailored approach.

“Your point is right: why close every school? Why don’t you test the schools and close the ones that have a problem? I know, but, first, I don’t know that we have the resources to do that now. But I can tell you honestly, the fear is too high to do anything other than, ‘Let’s do everything we can to get the infection rate down now, close the doors, close the windows.’ That’s where we are.”

This Is the Predictable Outcome of Leaving Technocrats in Charge

Can anyone be surprised when a member of the technocratic class approaches a perfectly healthy human and instead of choosing the humbling “If it any broke then don’t try to fix it” approach, attempts the “Let’s do everything we can” approach? This is their “professional deformation” as the Slovaks like to say about technocrats and a handful of other professionals, who have a hard time separating themselves from their career.

This overreaction, which we euphemistically call “overkill,” a term that can both literally and appropriately be applied to Cuomo’s lethal corona response, is exactly what is to be expected of the technocratic class. This is why a sane person places no trust in them.

They think they are miracle-workers, and they treat the state they serve as god-like. At their hands, we will be led to totalitarianism, provided that they continue to encounter a compliant population.

Though this can be elaborated on quite a bit after two decades of interviewing people and trying to make sense of communism, below is the formula that brought totalitarianism to vast portions of the globe and that is now being used in the United States:

4.) It will quickly perpetuate itself as useful idiots, useful innocents, confidence men, and many others collaborate in a self-fulfilling spiral.

5.) Once a threshold has been breached, Frankenstein’s monster turns on Dr. Frankenstein and runs rampant for some decades hence.

This predictable equation is what I have, in disbelief, never imagined could be implemented on a society without watching it first hand. I just could never imagine such drastic, measurable, toxic, self-sabotaging, and total change over such nonsense in under a year. I’m watching it first hand in my American homeland. So many more died from the lockdown than from Covid, and the immeasurable horrors of the response to Covid beyond that will long be felt in society, even if we return to the old normal today.

I’m also watching this strange attitude get exported to vast portions of the globe, though I can’t travel to those places, so I remain skeptical about the veracity of the scattered reports. Just like the “free” media of post-communist former Czechoslovakia, a great number of stories in many foreign newspapers are merely plagiaristic local translations or of NEW YORK TIMES stories or similar coverage.

Having studied this topic of totalitarianism obsessively for the past two decades, I am most grateful for the knowledge I have that prepares me for this moment. For those in doubt, just have a glance at the last decade of my writing in the website 52 Weeks in Slovakia (www.52inkSk.com), which was started as a response to the awful coverage of the American media and also the Western-influenced Slovak media on domestic coverage of Slovakia. The website is a slow, decade-long awakening.

In time, I learned a few details about those who successfully avoid the totalitarian.

The Individual Solution to Avoiding Totalitarianism

1.) You can’t change anyone but yourself.

2.) That means you can’t change society. Society may follow your lead, but you can’t guarantee that any action you take may change another. Even the most extreme regimes have learned this.

3.) This may be sad to some, but this can also be liberating, for the good news is that you need only focus on yourself and those entrusted to you (who you also can’t change, but who you can lead and be a model for).

5.) Show me your friends and I’ll show you your future. You are the sum of the five people you most associate with. Who you associate with (for now) remains your choice. Choose wisely, because plenty of people are working hard day-and-night in the nexuses of power: in DC, Arlington, Langley, big cities, state capitals, Silicon Valley, and many other places around the world to deny you that most basic freedom of association.

6.) “What if there is uncomfortable pushback?” you may ask. Well, I’m sorry, that’s life and you need to choose your place in life. As Stephen Baskerville writes, “He who is afraid to anger or offend is not yet a man.”

7.) The choice then is this one, and this one alone. Will you be compliant or not?

Will You Be Compliant or Not?

How Totalitarian Regimes Engulfed Half the World

How did totalitarian regimes engulf half the world in the Century of the Great State (1917-2016)?

That’s simple. By getting its people to “wear” lots of different “face masks.”

What choices are you making at this moment in order to spread greater liberty in the world?

If you don’t have clear answers, you’re probably part of the mass marching us toward normalizacia. The new normal.

Author Allan Stevo [send him mail] writes about international politics and culture from a free market perspective at 52 Weeks in Slovakia (www.52inSk.com). His new book, an individualized approach to health, medicine, and face masks, is now available.