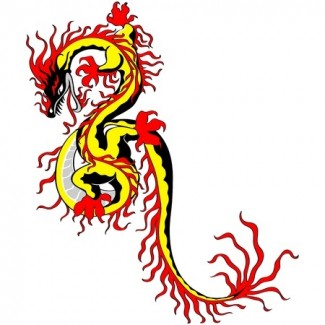 [SL: This short interview originally ran in my popular free ezine, DNA MONTHLY, back in 2006 upon publication of INTELLIGENCE IN NATURE. Personally, I can never get enough of Jeremy Narby. Enjoy!]

Jeremy Narby, anthropologist and author of THE COSMIC SERPENT, talks about his new book, his first trip to the Amazon, and his first time experiencing ayahuascan enlightenment.

Jeremy Narby, PhD, is an anthroplogist and author. He grew up in Canada and Switzerland, studied history at the University of Canterbury, and received his doctorate in anthropology from Stanford University.

Dr. Narby is the author of THE COSMIC SERPENT: DNA & THE ORIGINS OF KNOWLEDGE and INTELLIGENCE IN NATURE: AN INQUIRY INTO KNOWLEDGE, as well as being co-editor of SHAMANS THROUGH TIME. He works with Nouvelle Planete and helps facilitate rainforest expeditions aimed at exploring indigenous knowledge systems of the Amazon.

What brought you to the Amazon initially?

Back in the 1980s, internationally-financed development projects were driving roads into the Amazonian rainforest and confiscating the lands of indigenous peoples. As a young anthropologist, I wanted to study this conflict. What sort of things were you doing with the indigenous peoples there? I was studying how they used the rainforest, in order to show that they used it rationally, and therefore deserved the right to own their lands.

What led you to discover ayahuasca?

The Ashaninca people I lived with said that their knowledge about plants came from plant mixtures such as ayahuasca and tobacco paste. They considered ayahuasca a major source of knowledge. And they said the way to understand this was to try some myself.

The images seemed to correspond to a very powerful, but unknown level of reality, which I had presupposed did not exist. I could see the arrogance of my own worldview.

In THE COSMIC SERPENT you demonstrate that shamans can access molecular knowledge through the use of plants. What led to this conclusion?

The correspondences between the notions of shamans and molecular biologists. For example, both agree that there is a hidden unity under the surface of life’s diversity; both associate this unity with the double helix shape (or two entwined serpents, a twisted ladder, a spiral staircase, two vines wrapped around each other); and both consider it necessary to deal with this level of reality in order to heal.

How do shamans use this information to heal others?

Shamans claim they gain access in their visions to information regarding the diagnostic of a patient’s illness, as well as the remedy. Vision, knowledge and power are the three key stages in ayahuasca shamanism, as anthropologist Jean-Pierre Chaumeil explains. Shamans start by seeing visions, from which they gain knowledge, which in turn leads to the power to heal. Arthur C. Clark, in his 2001 series, paints the picture of intelligent life becoming “creatures of radiation,” able to store information in lattices of light.

Do you think that utilizing the photon emissions of DNA could lead to a similar evolutionary progression?

Perhaps, but first and foremost I think that more research is needed on the photonic emissions of DNA.

Did you make a “leap of faith” when you decided to leave behind your Western skepticism and believe the statements of shamans as true?

I would call it “suspending disbelief,” rather than “making a leap of faith.” The point was not to believe what shamans say, but to consider the possibility that what they say might be true.

I’ve heard that certain Amazonian shamans are trying to disseminate ayahuasca to other parts of the world. Do you find this to be the case? If so, what are their intentions?

There seem to be several reasons for this trend. The last 500 years were rough on indigenous Amazonians. Some now feel that the time is right to get the world’s attention.

Given the advanced state of decline in some of these ecosystems, are you worried that some knowledge has been irrevocably lost to us?

Yes. In the Amazon, entire societies have been wiped from the face of the earth.

A lot of your work has been to make sure that indigenous peoples are fairly compensated for their botanical knowledge. What is the state of this endeavor?

For sixteen years I have been helping indigenous Amazonians gain land titles to their territories and set up bilingual, intercultural schools in their communities. As to the quest for intellectual property rights for indigenous people, it is a very complex, judicial issue, requiring jurists and lawyers. As far as I can see, there has yet to be much concrete progress in compensating indigenous people for their botanical knowledge.

In regards to your work with Nouvelle Planete, what do you think is the best way to preserve what’s left of the Amazon Rainforest?

The most effective way is to work with local populations, motivating them to use the forest in a sustainable way.

In what other ways did the research and writing of this book change you?

This research has opened my mind to several ways of looking at the world. I cherish rationalism and I also appreciate the shamanic gaze. It has made me bi-cognitive. It is like having two complementary ways of interpreting the world.

Much like Charles Darwin, you hesitated to publish your findings. Has there been a shift in response from academia and the scientific community?

I am starting to get marginal interest. These things take time.

Have you been approached by the advocates of “Intelligent Design” and, if so, do you find that your ideas support them, or are entirely different in nature?

I have not been approached by advocates of “Intelligent Design.” As an agnostic, I do not know about final causes, and prefer to concentrate on the here and now. I take evolution as a given, but I do not believe that either “blind chance” or “God” drives it.

Have you seen the missionaries and growth of Christianity among the Ashaninca change the Ashaninca’s use of ayahuasca?

Yes, in some cases it has driven ayahuasca usage underground. In others, it has changed the cosmology in which Ashaninca shamans operate.

Have you been back to study with the same Ashaninca you originally were with in Peru?

I have yet to go back to the Pichis Valley to do an in-depth study of how things have changed since the mid-1980s.

In your new book, INTELLIGENCE IN NATURE, you postulate that intelligence is not uniquely human, but exists across the animal and plant kingdoms. What examples did you find to support this?

Single-celled slime molds can solve mazes. Bees can handle abstract concepts with brains the size of pinheads. Parasitic plants can correctly assess whether to invest energy into exploiting a host, or whether to move on. Ants can cultivate mushroom gardens using antibiotics. Parrots can say what they mean. Dolphins can recognize themselves in mirrors. Cells can communicate with one another using molecular and electric signals.

What can humans learn from this intelligence?

We can learn to get a grip on our powers of predation, for starters. Jaguars, for example, stand at the top of the Amazonian food chain, but they lead discreet lives. We could learn a thing or two from these formidable predators.

What projects are you working on now?

I am concentrating on my work with Nouvelle Planete, getting support for Amazonian initiatives, such as demarcating the territory of the Cacataibo people; equipping the KukamaKukamiria people with short-wave radios to help them monitor the territories in and around the Pacaya-Samiria National Park; and enabling Aguaruna women to protect their knowledge of medicinal and nutritional plants.

Any thoughts on the recently-discovered double helix galaxy?

This might be a good place to look for signs of life.

Ben Sumrall is an actor, writer, and director of theater and film. He is also a student and explorer of life and humanity’s spiritual practices.