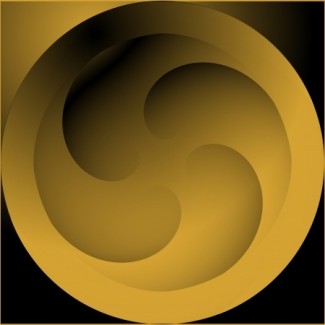 Early in 2008, SCIENCE DAILY reported an astonishing achievement by scientists from Northwestern University and Weinberg College of Arts and Sciences.

The report stated that DNA is the blueprint of all life, giving instruction and function to organisms ranging from simple one-celled bacteria to complex human beings. Researcher had used DNA as the blueprint to build a three-dimensional structure out of gold, a lifeless material.

Basically, these researchers used DNA as the foundation or backbone to build a living organic structure of their own design, made up of nano-particles of gold. When the DNA is programmed to take on a specific shape, and immersed in a solution of nano-particles of gold (which are 15 nanometers in diameter), the gold attaches itself to the DNA in very specific positions to give it form and strength.

The researchers reported that each gold nano-particle has multiple strands of DNA attached to its surface so the nano-particle binds in many directions, resulting in a three-dimensional structure of a new golden organic crystal.

One sequence of “linker DNA,” programmed by the researchers, resulted in one type of golden crystal structure, while a different sequence of linker DNA resulted in a different structure. This means that we can now effectively program DNA to form any shape we need to perform various functions in industry and science—including space travel.

In fact, a gold nano-particle can be called a living organic crystal, because any break or fracture that occurs is immediately corrected by the DNA backbone, as it automatically reconstitutes itself. But we are not restricted to gold nano-particles. We can use nano-particles of any substance (copper, aluminum, silica, etc.) to create a different look and feel in the finished product.

Furthermore, a multitude of building blocks of different sizes can be combined with different compositions: gold, silver and fluorescent particles, for example, and different shapes like spheres, rods, cubes, and triangles.

Controlling the distance between nano-particles is a key to the structure’s function. “Once you get good at this you can build anything you want,” said Chad A. Mirkin, director of Northwestern’s International Institute for Nanotechnology.

It is all so simple, once you think about it. Scientists can program DNA to take on a different shape. A different DNA sequence in the strand results in formation of a different crystal configuration. The researchers say that it is like building a house. Starting with basic materials, the construction team can build many different types of houses out of the same building blocks, as well as add different materials.

This technique is a major, fundamental step toward building functional “designer” materials using programmable self-assembly materials (DNA), and was published in the journal NATURE in 2008, reflecting more than a decade of work.

It is reported that this new discovery will allow scientists to take inorganic materials and build structures with specific properties for a given application: therapeutics, biodiagnostics, optics, electronics, or catalysis. But I see an even more exciting prospect here—in the area of space travel.

The novel part of this work is that the researchers use DNA to drive the assembly of the crystal. Changing the DNA strand’s sequence of As, Ts, Gs and Cs changes the blueprint, and thus the shape, of the organic-crystalline structure. The two crystals reported in NATURE were both made of gold, yet have different properties because the particles are arranged differently.

I find this report absolutely amazing because many people now know that gold is not a lifeless material, but for good reason has been the obsession of humans and their gods since the garden of Eden. And since we also know that gold can be virtually an inexhaustible source of energy in its mono-atomic state, we could be on the verge of creating an indestructible, biological craft made of nano-particles of gold that can travel through space forever.

It took scientists decades of work to learn how to synthesize DNA. “Now we’ve learned how to use the synthesized form outside the body to arrange lifeless matter into things that are useful. We are now closer to the dream of learning, as nano-scientists, how to break everything down into fundamental building blocks, which for us are nano-particles, and reassembling them into whatever structure we want that gives us the properties needed for certain applications,” said Mirkin.

“DNA is the stabilizing force, the glue that holds the structure together. These structures are a new form of matter, that would be difficult, if not impossible, to make any other way,” he added.

Imagine a spaceship made up of gold nano-particles and DNA which is basically indestructible, and can travel throughout space forever, as it uses the mono-atomic form of gold for its energy source. A very exciting prospect indeed. I would not be surprised if black-ops or secret space bodies behind NASA are not already working on this.

Michael Tellinger is a scientist in the true sense of the word, never shying away from controversial issues, scrutinizing every clue meticulously. He graduated in 1983 from the University Of Witwatersrand Medical School, Johannesburg, with a B.Pharmaceutics degree and a passion for the cosmos, genetics, and human history. Michael has become one of South Africa’s bestselling export authors. His regular articles on human origins and his book Slave Species of God have been praised by readers in over twenty countries. For more information, visit www.slavespecies.com.