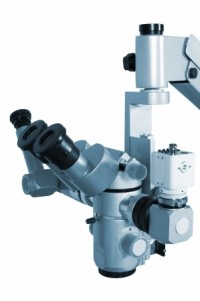 [SL: I’m reposting this open letter from an important scientist of our generation, which I originally published in my popular free ezine, DNA MONTHLY, all the way back in 2005. Despite the recent discovery of a purpose to what was formerly known as “junk” DNA, many of the author’s observations in this short letter are still valid and fascinating. Enjoy!]

Currently, we have a situation in genetics, molecular biology and medicine in general, that is simultaneously paradoxical and promising. Long ago, science decided to investigate the human genetic code. Science has now completed the 10-year-long effort to map the DNA sequences of human beings, known collectively as the genome. All of the letters and sequences of human DNA are now known.

Owing to these preliminary results, the forces of transgenetic engineering have been gathering momentum. Already, scientists have introduced artificial gene sequences into plants, animals and bacteria, which are being used as carriers of such artificially introduced genes. Such experiments have been thought to hold great potential for human health applications, promising possible cures for many diseases and disabilities as well as the creation of disease-resistant foods—meaning greater abundance of food.

Paradoxically, however, the more success we have in such genetic and molecular biology technologies, the further we seem to be from understanding the actual foundational principles—the inner workings—of genetic codes. To date, successes in this direction have mainly been concerned with functions of particular gene sequences that fabricate various proteins, the building materials from which cells are made.

These particular gene sequences occupy only 2% of the genetic memory found in chromosomes. The other 98%, the major part of chromosomes, is not understood by mainstream genetics, and has for some odd reason been labeled as “junk” DNA. Many hypotheses have been brought forward to attempt to account for the existence of this “junk” DNA—from suggesting that it might act as “assistants” for primary DNA sequences, to theorizing that this 98% of DNA arises as a “cemetery of viruses”—a rather difficult notion.

To ignore, or so poorly understand, the role of this 98% of the human genome is an appreciable error. Moreover, whether we correctly grasp the role of the genetic information represented by the known 2% of DNA is still in question—especially when the other 98% is presently terra incognita, unknown territory.

It is fair to say that we currently understand DNA only dimly. This is obvious because at our present level of genetic knowledge, we cannot completely cure cancer, resist AIDS, defeat tuberculosis, or prolong the lives of people beyond 100 years.

The initially bright promises of the creations of transgenetic research have actually turned out only dangerous hybrid foodstuffs that are extremely hazardous to the biosphere on which our very lives depend. The cloning of animals has produced only ugly and useless creatures, or animals that grow old and die abnormally quickly, as in the well-known case of the cloned sheep, Dolly.

How are we to transcend this condition of an abundance of flawed and dangerous experiments, where many inconsistent and hazardous results are caused by a lack of any proper understanding of DNA and a dramatic deficiency in grasping the foundational operating principles of the human genome?

In order to achieve success in our attempts to treat various medical problems and curb the processes of human aging, it is clearly necessary to understand the languages by which cells communicate. To some extent, those of us who have pioneered the field of “wave-genetics” have managed to accomplish this. It appears that the languages we were looking for exist, in fact, in the 98% or “junk” DNA contained in our own genetic apparatus. The foundational principle of these genetic languages is similar to the language of holographic images as well as texts constructed from human speech.

What gives us this new knowledge? The answer is that we now understand these mechanisms. We have experimented broadly with both the physical processes and mathematical descriptions of these genetically guided informational functions. We have built sophisticated laboratory equipment and mathematical apparatuses that allow us to accurately model the informational functions of the living cell and all of its DNA, including the neuron network.

Such devices represent the first “quantum biocomputers.” These devices have allowed us: 1) to carry out distant (multi-kilometer) transfers of genetic/metabolic information in the form of special physical fields; 2) to introduce this information into human biosystems; and 3) to perform strategic management functions concerned with biosystems, biochemical systems, and actual physiological conditions.

In particular, we have found it possible to regenerate endocrine glands in animals. By the same means, we have significantly curbed the aging process in human cells and even grown new adult human teeth in individuals who had lost them.

Frustratingly, even with such documented successes, the mainstream scientific establishment is such that I have found it difficult to maintain funding for my work in my home country of Russia. If you or someone you know are interested in assisting me, I am willing to relocate if necessary to continue my research and would love to establish a dialogue to possibility.

Peter Gariaev, PhD, is renowned for his discovery of the “DNA Phantom Effect” and as one of the founders of Wave-based Genetics. The basic concept of the revolutionary approach to morphogenesis proposed and developed by Dr. Gariaev’s team of geneticists and linguists combines physical models of holographic associative memory and mathematical formalism having to do with intrinsic wave patterns in DNA. The underlying principles of holographic storage and solitonic wave transfer of morphogenetic information reveal previously unknown “ener-genetic” aspects of biological systems functioning. This new insight into the nature of morphogenesis makes it possible to treat the genome as a holographic bio-computer that generates endogenous solitonic acoustic and electromagnetic (sound and light) waves to carry 4D epigenetic (alternative coding) information used by biosystems for spatial and temporal self-organizing. In other words, this new model of genetic creation establishes the primacy of energetic, as opposed to biochemical, activity in directing cellular metabolism and replication—a notion that, when finally accepted by the mainstream, will radically transform genetic science.