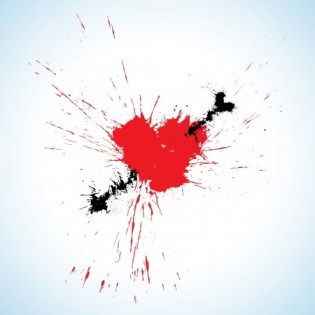 As a youth, Joseph Chilton Pearce stunned his friends by doing the impossible: he held burning cigarettes against his hands and face without sustaining any physical signs of injury or trauma. During the entire episode, he experienced an intensity of feeling, but no pain.

Recalling the event in THE BIOLOGY OF TRANSCENDENCE: A BLUEPRINT OF THE HUMAN SPIRIT, Pearce concludes that the ability of the mind to transcend matter is a biological imperative, sidetracked only by a culture of fear.

The Biology of the Fifth Brain

Pearce posits that humans, in our evolution, have developed four brains:

Now, science has discovered a fifth brain which, unlike the others, resides in the heart: “Neurocardiology, a new field of medical research, has discovered in our heart a major brain center that functions in dynamic with the fourfold brain in our head.”

It is this fifth brain that is thought to hold the ability to develop the power of transcendence.

The power of the heart is described as twofold. First, the circulation of the blood is accomplished by muscular factors like the contraction and expansion of blood vessels. Recent findings suggest that the pumping of the heart produces a vortex force that moves blood fluids through its chambers.

New magnetic imaging devices have produced well-defined images of the electromagnetic field of the heart in the shape of a torus. Since the torus is holographic, the heart literally becomes the center of the universe.

An individual centered within his or her heart torus, through heart meditation, for example, is in touch with every point in the universe. Such a person has access to universal fields of intelligence.

It is for this reason that Leonard Laskow considers the heart the source of all healing. In his experiments, Laskow has shown that healing with love is possible because intentional love reduces tumor growth by more than thirty percent.

The Power of the Negative

If humans are born with the biological imperative of the fifth brain, why are so many plagued with illness, fear and violence?

Pearce states that the reason lies in enculturation, the process by which culture and status quo reduce the inherent power of the child through fear. Parents, schools and society dispense what he calls the “power of the negative.”

“The enculturated mind is cued to respond to the negative as a point of focus,” writes Pearce, “which largely screens out or ignores a quiet stable base, and because it sharpens and maintains our alert awareness, we actually begin to look for the negative.”

What effect does the power of the negative have on the new mind?

Pearce cites a fifty-year-old study that shows the connection between a child’s experience of parenting and his health profile in his senior years.

In the 1950s, two hundred male medical students at Harvard University were categorized into two groups: those who had positive parental experiences and those who did not.

The implication of this study is that emotional deprivation in childhood can predispose an individual to loneliness, isolation and disease. Negative parenting cuts off any possibility of activating the fifth brain.

Indeed, the fate of the new mind rests on the “resurrection of Eve,” the return to conscious parenting, by which parents take intentional and necessary steps to activate their children’s innate power.

Pearce credits his amazing youthful feat to a genuine acceptance of death which resulted in an “unconflicted” mindset that transcended ordinary consciousness.

Fear throws one into an “ancient survival mentality” that shuts down the higher neural cadences of evolutionary awareness.

Mary Desaulniers is a retired teacher whose passions are writing and running. She has been pursuing both for over thirty years and sees both as avenues to self-knowledge and balance. She has published articles and stories in GRAIN, NINETEENTH CENTURY LITERATURE, THE LONDON MAGAZINE, and various online publications. She has a PhD in Nineteenth Century English Literature and has published a book on Thomas Carlyle with McGill-Queen’s University Press. Her most recent publication is DEAR SEBASTIAN: RECLAIMING THE POWER OF METAPHOR (2009).