Physicist Freeman Dyson believes the cosmos is suffused with consciousness, from the grandest level to the most minute dimensions. If it is, why aren’t we aware of it?

“We don’t know who first discovered water, but we can be sure that it wasn’t a fish,” the old saw reminds us. Continual exposure to something reduces our awareness of its presence. Over time, we become blind to the obvious. We swim in a sea of consciousness, like a fish swims in water. And like a fish that has become oblivious to his aqueous environment, we have become dulled to the ubiquity of consciousness.

In science, we have largely ignored how consciousness manifests in our existence. We’ve done this by assuming that the brain produces consciousness, although how it might do so has never been explained and can hardly be imagined.

The polite term for this trick is “emergence.” At a certain stage of biological complexity, evolutionary biologists claim, consciousness pops out of the brain like a rabbit from a magician’s hat. Yet this claim rests on no direct evidence whatsoever. As Rutgers University philosopher Jerry A. Fodo flatly states, “Nobody has the slightest idea how anything material could be conscious. So much for our philosophy of consciousness.”

In spite of the complete absence of evidence, the belief that the brain produces consciousness endures and has ossified into dogma. Many scientists realize the limitations of this belief. One way of getting around the lack of evidence is simply to declare that what we call consciousness is the brain itself. That way, nothing is produced, and the magic of “emergence” is avoided.

As astronomer Carl Sagan expressed his position, “My fundamental premise about the brain is that its workings—what we sometimes call mind—are a consequence of anatomy and physiology, and nothing more.” Nobelist Francis Crick agreed, saying a “person’s mental activities are entirely due to the behavior of nerve cells, glial cells, and the atoms, ions, and molecules that make up and influence them.”

This “identity theory”—mind equals brain—has led legions of scientists and philosophers to regard consciousness as an unnecessary, superfluous concept. Some go out of their way to deny the existence of consciousness altogether, almost as if they bear a grudge against it. Tufts University cognitive scientist Daniel Dennett says, “We’re all zombies. Nobody is conscious.” Dennett includes himself in this extraordinary claim, and he seems proud of it.

Others suggest that there are no mental states at all, such as love, courage, or patriotism, but only electrochemical brain fluxes that should not be described with such inflated language. They dismiss thoughts and beliefs for the same reasons.

Eccles was emphasizing the absurdities that have crept into the debates about consciousness. They are not hard to spot. Some of the oddest experiences I recall are attending conferences where one speaker after another employs his consciousness to denounce the existence of consciousness, ignoring the fact that he consciously chose to register for the meeting, make travel plans, prepare his talks, and so on.

Many scientists concede that there are huge gaps in their knowledge of how the brain makes consciousness, but they are certain they will be filled in as science progresses. Eccles and philosopher of science Karl Popper branded this attitude “promissory materialism.”

“Promissary materialism is a superstition without a rational foundation,” Eccles says. “It is simply a religious belief held by dogmatic materialists … who confuse their religion with their science. It has all the features of a messianic prophecy.”

The reason is that the brain is a local phenomenon—i.e., it is localized to the brain and body, and to the present. This prohibits premonitions in principle, because accordingly the brain cannot operate outside the body and the here-and-now. But consciousness can operate beyond the brain, body, and the present, as hundreds of experiments and millions of testimonials affirm. Consciousness cannot, therefore, be identical with the brain.

These assertions are not hyperbolic, but conservative. They are consistent with the entire span of human history, throughout which all cultures of which we have record believed that human perception extends beyond the reach of the senses. This belief might be dismissed as superstition but for the fact that modern research has established its validity beyond reasonable doubt to anyone whose reasoning has not clotted into hardened skepticism.

To reiterate a single example—the evidence supporting foreknowledge—psi researchers Charles Honorton and Diane Ferrari examined 309 precognition experiments carried out by sixty-two investigators involving 50,000 participants in more than two million trials. Thirty percent of these studies were significant in showing that people can describe future events, when only five percent would be expected to demonstrate such results by chance. The odds that these results were not due to chance was greater than 10 to the twentieth power to one.

One of the first modern thinkers to endorse an outside-the-brain view of consciousness was William James, who is considered the father of American psychology. In his 1898 Ingersoll Lecture at Harvard University, James took a courageous stand against what he called “the fangs of cerebralism and the idea that consciousness is produced by the brain.”

He acknowledged that arrested brain development in childhood can lead to mental retardation, that strokes or blows to the head can abolish memory or consciousness, and that certain chemicals can change the quality of thought. But to consider this as proof that the brain actually makes consciousness, James said, is irrational.

Why irrational? Consider a radio, an invention that was introduced during James’s lifetime, and which he used to illustrate the mind-brain relationship. If one bangs a radio with a hammer, it ceases to function. But that does not mean that the origin of the sounds was the radio itself; the sound originated from outside it in the form of an electromagnetic signal. The radio received, modified, and amplified the external signal into something recognizable as sound.

Just so, the brain can be damaged in various ways that distort the quality of consciousness—trauma, stroke, nutritional deficiencies, dementia, etc. But this does not necessarily mean the brain “made” the consciousness that is now disturbed, or that consciousness is identical to the brain.

British philosopher Chris Carter endorses this analogy. Equating mind and brain is as irrational, he says, as listening to music on a radio, smashing the radio’s receiver, and thereby concluding that the radio was producing the music. 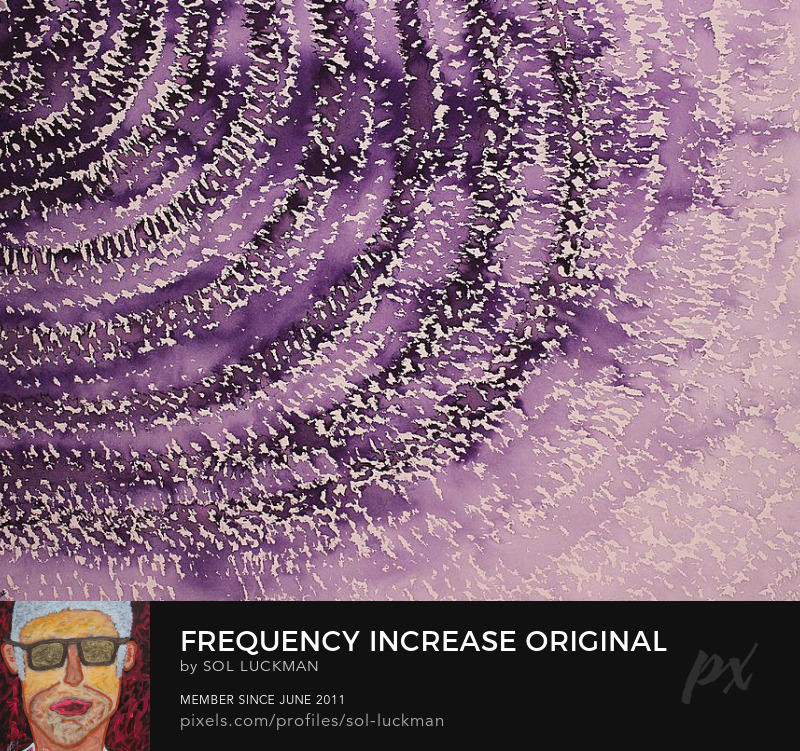 To update the analogy, consider a television set. We can damage a television set so severely that we lose the image on the screen, but this doesn’t prove that the TV actually produced the image. We know that David Letterman does not live behind the TV screen on which he appears; yet the contention that brain equals consciousness is as absurd as if he did.

The radio and TV analogies can be misleading, however, because consciousness does not behave like an electromagnetic signal. Electromagnetic (EM) signals display certain characteristics. The farther away they get from their source, the weaker they become.

Not so with consciousness; its effects do not attenuate with increasing distance. For example, in the hundreds of healing experiments that have been done in both humans and animals, healing intentions work equally well from the other side of the earth as at the bedside of the sick individual. Moreover, EM signals can be blocked partially or completely, but the effects of conscious intention cannot be blocked by any known substance.

For instance, sea water is known to block EM signals completely at certain depths, yet experiments in remote viewing have been successfully carried out beyond such depths, demonstrating that the long-distance communication between the involved individuals cannot depend on EM-type signals.

In addition, EM signals require travel time from their source to a receiver, yet thoughts can be perceived simultaneously between individuals across global distances. Thoughts can be displaced in time, operating into both past and future.

In precognitive remote viewing experiments—for example, the hundreds of such experiments by the PEAR Lab at Princeton University—the receiver gets a future thought before it is ever sent. Furthermore, consciousness can operate into the past, as in the experiments involving retroactive intentions. Electromagnetic signals are not capable of these feats. From these differences, we can conclude that consciousness is not an electric signal.

Nonlocal events are immediate; they require no travel time. They are unmediated; they require no energetic signal to “carry” them. They are unmitigated; they do not become weaker with increasing distance. Nonlocal phenomena are omnipresent, everywhere at once. This means there is no necessity for them to go anywhere; they are already there. They are infinite in time as well, present at all moments, past present and future, meaning they are eternal.

Researcher Dean Radin, whose presentiment experiments provide profound evidence for future knowing, believes that the nonlocal events in the subatomic, quantum domain underlie the nonlocal events we experience at the human level. He invokes the concept of entanglement as a bridging hypothesis uniting the small- and large-scale happenings. Quantum entanglement and quantum nonlocality are indeed potent possibilities that may eventually explain our nonlocal experiences, but only further research will tell.

Meanwhile, there is a gathering tide of opinion favoring these approaches. As physicist Chris Clarke, of the University of Southampton, says, “On one hand, Mind is inherently non-local. On the other, the world is governed by a quantum physics that is inherently non-local. This is no accident, but a precise correspondence … [Mind and the world are] aspects of the same thing … The way ahead, I believe, has to place mind first as the key aspect of the universe … We have to start exploring how we can talk about mind in terms of a quantum picture … Only then will we be able to make a genuine bridge between physics and physiology.”

Whatever their explanation proves to be, the experiments documenting premonitions are real. They must be reckoned with. And when scientists muster the courage to face this evidence unflinchingly, the greatest superstition of our age—the notion that the brain generates consciousness or is identical with it—will topple.

In its place will arise a nonlocal picture of the mind. This view will affirm that consciousness is fundamental, omnipresent and eternal—a model that is as cordial to premonitions as the materialistic, brain-based view is hostile.

In THE SCIENCE OF PREMONITIONS: HOW KNOWING THE FUTURE CAN HELP US AVOID DANGER, MAXIMIZE OPPORTUNITIES & CREATE A BETTER LIFE, from which the above article was adapted, bestselling author Dr. Larry Dossey uses cutting-edge science to make a convincing case that premonitions are real, common, and helpful. He explores research on mindfulness and meditation to show readers how they can cultivate and take advantage of premonitions. Packed with compelling case studies and thought-provoking findings, this is a book for the skeptical mind and the believer’s heart, and will be greeted warmly by “anyone who is interested in knowing about the deeper meaning of our existence” (Deepak Chopra). To learn more about Dr. Dossey and his work, visit his website at www.dosseydossey.com.