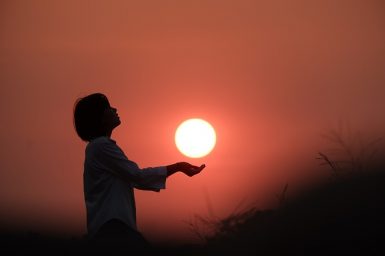 If you still believe a word the politicians say, it simply means you are living in a trance and subject to mind control. Those who have already awakened to the true matrix of political reality are laughing through their tears. They are laughing because they can see through the nicely packaged lies, fabricated for you by those you trust your life to. But they also cry, because they feel helpless to change anything.

This is the reality in which we all live today. Can we effect change in our diseased world run by the least among us? How did we come to a point when we the people have lost our voices, our confidence in ourselves and our minds along the way?

We were slowly cooked in the pot like a frog, which didn’t jump out because it didn’t feel the rising temperature of the water. Then when the water boiled, it was too late. The frog was cooked. The same is happening to us. Little by little our freedom and liberty are being stripped away.

Regardless of countless warnings from those who dedicated their lives to fighting for freedom, we remain asleep and entertained. But these warnings are not designed for entertainment. Their purpose to share and wake us up so we can do something about the growing trend towards tyranny, which eventually will swallow us like whales eats the fishes.

Unfortunately, a dystopian world is no longer a matter of science fiction but a reality waiting us around the corner. Living in the 21st century, it is hard to imagine that a world like that of Nazi Germany or the Communist Soviet Union can rise from the ashes like an evil Phoenix and enslave humanity once again, leading to an imprisoning and extermination of a large portion of the population. To us it seems rather unlikely. But is it? Do we not see it already happening? Some of us do.

The same authoritarian voices, whose echo reaches us from the archives of history, can be heard on TV every day. The preachers are different, but the message is all the same. The mainstream media, which has lost credibility during the last election in the United States, is continuing to spread propaganda regardless. The factory of lies is relentless and will keep going until the very last consumer keeps buying it. But propaganda has reached new heights. In recent days, it has employed some famous actors, who use their authoritative voice to spread the lie.

The latest video made by Morgan Freeman deserves contempt.

It was rather sad to see him do it. Up until now, he was among my favored actors. I liked his acting, look and voice. In his video he makes a statement that we are at war with Russia, which is reckless and dangerous. Let’s analyze it for a moment. Morgan Freeman is known for playing authority figures in numerous movies, a sensible voice, which many of us love and respect. But now, after playing God in the movies BRUCE ALMIGHTY and EVAN ALMIGHTY, Professor Samuel Norman in LUCY, Malcolm Beech, the leader of the human resistance in the movie OBLIVION and many other roles in which he assumes authority, is now preaching insanity and lies.

No war has been declared with Russia, no shot or missile was fired. Not even a word of hostility has been said by president Putin toward the US. So how we are at war? Just because a famous actor says so?

Then he continues by saying that Putin himself, while being angry at the collapse of his country, gets revenge on America by helping Trump win. But according to what president Trump is supposedly trying to do, this makes no sense whatsoever. The attempt by the president to protect the sovereignty of the USA by securing American borders, enhancing the economy by creating jobs, cutting taxes and restoring the Constitution, which is the only protection from tyranny, increasing the birth rate, trying to give Americans a better healthcare deal and building an even stronger military, thus making America great again, points clearly toward a constructive approach, beneficial to the American people. Consequently, if Putin helped Trump to become president, then logically speaking, Putin would be the best friend of American people, not an enemy as Morgan Freeman is trying to portray him. Thus, the actor’s statement is simply illogical.

Interestingly enough, another great actor, Leonardo DiCaprio, has recently given a speech at the UN about global warming. Regardless of the validity of the notion, the use of actors for political gain is obvious. Who will be next to come from one stage to another to play their worse role? The powers that be are rather desperate if they resort to use of famous actors to push their propaganda forward.

In fact, the message of this video is openly hostile towards Russia and can cause an escalation of tension between the two superpowers, which in fact has more in common than not.

Essentially, and perhaps without realizing it, Morgan Freeman promotes a nuclear armageddon, which could result from the continuous effort of teasing the nuclear bear.

All this, of course, does not have to happen. The future is not written in stone. We can change its course by changing the present state of our minds, choosing peace over war, sanity over madness, friendship over hostility, cooperation over competition, constructive dialogue over destructive threats and so on. Our choices are much greater than choosing an aisle or window, paper or plastic, Coke or Pepsi, as the great Gorge Carlin has pointed out.

Freedom is like a muscle, which needs to be constantly exercised. Otherwise, it gets atrophied. The same goes for our thinking. If we don’t do it for ourselves, there will be others who will do it for us and generally speaking, this kind of social affair does not result in a healthy lifestyle.

Meanwhile, as all of this is happening, people seem to be distracted by things that simply don’t matter. Obsession with lifeless objects, shallow ideas, wasteful researches, celebrity life, etc. It is shocking to observe preoccupation with meaningless stuff in our society, when the very foundation of it is at risk.

It is puzzling to see a great deal of money being spent on a search for microbial life on other planets, which are light years away, when evolved, intelligent life on our own planet is ignored, devalued, misunderstood and destroyed. What is the point? Would it not be wiser to use this money on cancer research and save human lives instead? Just an idea. I’m sure there are more.

No wonder Elon Musk is working hard to colonize Mars. I have no doubts that he understands the threats we are facing as humanity, but is escaping our only option? We have the money, technology and the mind to effect change in this world. All we need is to come together as a human species and decide our future for good. This is within our reach. What are we waiting for? Neither the Messiah nor aliens will arrive to help us out. Our tendency to externalize responsibility is destructive and must be re-adjusted towards ourselves. And that is the real SHIFT, which must be made, not waited for.

This article (The Real Shift Has Nothing to Do With Politics) was originally created and published by Waking Times and is published here under a Creative Commons license with attribution to Sergey Baranov.

Sergey Baranov is the author of PATH, a book that will be of interest to any spiritual seeker who seeks honesty above all else. Living in various countries and growing up in different cultures, Sergey gained an understanding of the essential, a core commonality of human experience that lies beneath the differences to be found in every culture. By walking different paths and seeing through their limitations, Sergey found shamanism as a unifying path for all people regardless of their cultural background. He currently lives in Peru with his family where he conducts monthly San Pedro retreats. Learn more about his book PATH, available on Amazon, or follow Sergey on Facebook at Facebook.com/HuachumaWasi.