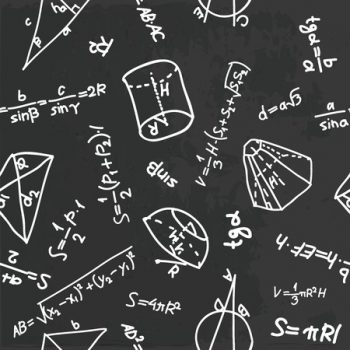 How often do scientists smugly quote the latest research on a topic only later to be made the fool by insider revelations that published research in peer-reviewed journals is abjectly false? This happens so frequently now that it has become clear: science is broken, and most scientific research is fraudulent.

It isn’t broken like a bike needing a new tire, or even an outdated paradigm that has reached its tipping point, as in the time of the renaissance. Modern science is broken for reasons that might shock you.

First, there’s a replication crisis. More and more studies simply cannot be replicated, so any false theories are not thrown out, but left floating as acceptable “fact” in the hallowed scientific ethers, when they are nothing more than studies paid for and promoted by the companies who have a marked interest in proving their personal hypothesis.

Take for example a recent review of 67 blockbuster drug discovery research findings published in prestigious journals. A review of the studies found that three-fourths of them weren’t right. Bayer simply couldn’t replicate findings that were published in more than 75 percent of their drug trials. Another study of cancer research found that only 11 percent of preclinical cancer research could be reproduced—but the problem isn’t just in the pharmaceutical industry.

Even in physics, supposedly the most complex and most reliable of all sciences, two of the most flaunted physics results of the past few years—the announced discovery of both cosmic inflation and gravitational waves at the BICEP2 experiment in Antarctica, as well as the supposed discovery of superluminal neutrinos at the Swiss-Italian border—have now been retracted.

Why the gross negligence in a field that has been heralded as sacrosanct? The errors in science have been due to simple arithmetic miscalculations or excel spreadsheet mistakes, but they are also due to industry greed and outright fraud.

Science has even discredited itself—in one study meant to hoodwink the very prestigious BRITISH MEDICAL JOURNAL, a paper with eight major errors was submitted. Not a single one of the 221 scientists who reviewed the paper caught all the errors in it, and only 30 percent of reviewers recommended that the paper be rejected.

Second, scientists can manipulate data almost any way they deem fit. Data can be excluded, included and re-arranged to support the presupposition of any scientist.

Third, the scientific community doesn’t listen to women, young people, or those whose ideas go against the current scientific dogma. The greatest scientific pioneers were once weirdoes with wiry glasses and grandiose ideas that they set out to prove with the scientific method. Now, we have an aged scientific population, that is mostly white and male, worried about getting tenure at their institutions or that have been lobbied directly by pharmaceutical and biotech industries to promote a certain plan that affects our entire sociological structure.

Next, it’s all about the fame and money. These two things alone kill objectivity. Industry-funded studies completely ignore conflict of interest and skew any possible hope for real scientific results. This is why institutions like the FDA, supposedly founded on scientific study, are a complete fraud.

Finally, it’s about the social pandering to guys in white lab coats. We’ve made scientists gods while ignoring that they are people with greed, lust for power, and other very human traits.

There aren’t just cracks in the current scientific community, there are gapping gulches that need to be addressed. William A. Wilson writes:

Even if self-correction does occur and theories move strictly along a lifecycle from less to more accurate, what if the unremitting flood of new, mostly false, results pours in faster? Too fast for the sclerotic, compromised truth-discerning mechanisms of science to operate? The result could be a growing body of true theories completely overwhelmed by an ever-larger thicket of baseless theories, such that the proportion of true scientific beliefs shrinks even while the absolute number of them continues to rise. Borges’ Library of Babel contained every true book that could ever be written, but it was useless because it also contained every false book, and both true and false were lost within an ocean of nonsense. [First Things]

Skeptic of science, Michael Shermer, says that science is “a set of methods designed to describe and interpret observed or inferred phenomena, past or present, aimed at building a testable body of knowledge open to rejection or confirmation.”

Science is modifiable and falsifiable, just like religion. So why have we made it the modern day, untouchable dogma? We can’t treat beliefs as facts, but when science is broken we do. How do we trust science again when it is so shattered? Perhaps its time to trust our guts again, and not every testimony given in the latest scientific journal.

This article (6 Reasons Why Most Scientific Research Is Fake, False or Fraudulent) was originally created and published by Waking Times and is published here under a Creative Commons license with attribution to Christina Sarich and WakingTimes.com. It may be re-posted freely with proper attribution, author bio, and this copyright statement.