This subject is vitally important to understand, and few understand it. The talk of, and the incessant questions received by readers, all demanding to know the “single solution” to all of life’s ills, especially concerning the monstrous tyranny that has consumed this nation state and the world, are not only tiresome, but indicative of a total ignorance of what is actually going on today. The concentration by not only the mainstream, the alternative media, and the public herd, on every single false realty presented as fact, is exhaustive in nature, but telling of symptoms that belie any rational thought. This is troubling to be sure, but it is also extremely dangerous.

As I wrote in my previous article:

“As the “Great Reset” continues to roll forward, most of the media, including the alternative media, is very busy breaking down each and every part of the sub-plots, analyzing everything and every aspect of this plotted terror, and attempting to tackle each element in order to at some point in the far future, hopefully convince their masters to grant them some minor relief.”

“All this and more are meant only to allow the advancement of the “Great Reset,” without debate, or the proper scrutiny necessary to expose the lies that we are told every day. It is all a smoke screen used to hide, confuse, and divide the masses, so that each and every subplot takes enough energy away, and covers up the main agenda of global control enough, so that any honest assessment of the horrible plan to rule the world remains in the shadows. So long as this is the case, world domination by the few will continue to go forward, while the bulk of society fights among themselves, never understanding the scope of what is actually happening.”

What is actually going on here is purposeful, planned, and staged, in order to create as much confusion as possible to the general public, so that all concentration is guided to whatever new bogeyman of the day is the ‘new reality’ desired by the ruling class in order to fool the people into the proper compartments of hate and fear. These techniques are very useful to those who desire to rule, and have been staggeringly successful for the tyrants. This technique was explained very clearly in a quote by Karl Rove in 2004; a Republican policy advisor and Chief of Staff for George W. Bush. He stated it this way:

As to “guys like you,” (people in the media) you are “in what we call the reality-based community” which are people who “believe that solutions emerge from your judicious study of discernible reality. That’s not the way the world really works anymore. We are an empire now, and when we act, we create our own reality. And while you are studying that reality—judiciously as you will—we will act again, creating other new realities, which you can study too, and that’s how things will sort out. We’re history’s actors … and you, all of you, will be left to just study what we do.”

This was quoted by James Corbett today, as it has been in the past, and it is oh so telling, important, and on mark. What this indicates is that everything that happens concerning government, is planned in advance and therefore conspiratorial. I have been screaming this for years, but it has mostly fallen on deaf ears. Nothing in politics and ruling structures are natural, organic, or coincidence. All is a plot meant to achieve a particular end. This is so obvious that almost none should ever believe what they are told by the state, but wishing for that kind of clarity it seems, is nothing more than a pipedream.

Nothing irks me more than the notion that any single, or even multiple solutions, exists, and can be magically produced in order to not only change the minds of hundreds of millions, or billions, but also expect the bulk of society to go along with what is considered the perfect plan to fix all these problems within the system that currently exists. Almost every day, I am scrutinized, chastised, and cursed, for not giving the single perfect solution to the world’s ills. So, what is meant by, and expected, as ‘the’ solution?

Those who ask for and promote these simplistic answers to complicated problems, involving these millions and billions of individuals, seem to have lost sight of all logic. Any ‘solution,’ would necessarily require the involvement of the masses. But how is that possible, or even considered by anyone with any ability to think? Those who offer ‘solutions,’ often are giving good advice for certain individuals temporarily, but no one has, or ever will have, the single ‘solution’ to change the world so that all is good and rosy, and all are free. No one has, or ever will, be able to end all tyranny by coming up with a particular ‘solution.’

What has been offered so far? Voting for a new master is very common. Just get the right person as king and master, it is said, and all will be okay. How has that worked out the past 244 years? Another is to march in the streets in protest, which is nothing more than begging your rulers to please grant you some relief. Another is to wake people up by telling them what to do and how to act, but how is that possible? Some recommend forming groups of like-minded people, to work together, farm together, or to build private communities that can act independently. This may help some, but it is only meant to avoid the current system, while it remains in place.

Many attempt to form ‘different’ political groups in hopes of ‘improving’ government. Many choose to fight against or pick one or the other specific option that relies on there being one problem and one enemy; e.g., the Jews, the Federal Reserve, immigration, voting ‘integrity,’ (really) Masonic demons, the Muslims, China, Russia, etc. Some even say all that is necessary is to “follow the Constitution,” that secret government created document that set loose an unlimited and all-powerful and evil federal national central government. And many say the only solution is to follow, worship, and bow down to ‘their god.’

There are good solutions to temporary problems, such as being armed, growing and storing your own food, moving off grid, avoiding the abhorrent government school (indoctrination) system, getting off social media, blowing up your television, and many, many more. But none of these things mentioned address at any level the real problem.

The real problem is the allowance of, which is completely voluntary, a ruling class given the power to lord over and control the masses at will. It is the belief that humanity cannot function or survive without a king and master class called government to guide them, restrict them, steal from them, and kill them when deemed necessary. It is the acceptance of ‘laws’ and mandates said to be only for the good of the people, and only meant to protect them. The ruling class of so-called ‘elites, and their henchmen in government and all government enforcement, are the real problem; at least if one desires to discount the willingness of the masses who freely allow their own slavery.

Once again, and for the thousandth time, the solution to this totalitarian hell lies in understanding and accepting the fact that only the individual has the power to wake up and change himself. No one can do this for another, and no government will ever police itself by implementing its own destruction. Each of us has to take, sustain, and protect his own freedom if it is ever to exist. This does not mean that one is alone, as the many acting as free individuals together, and not allowing any unjust rule, (all government rule is unjust) can move mountains. 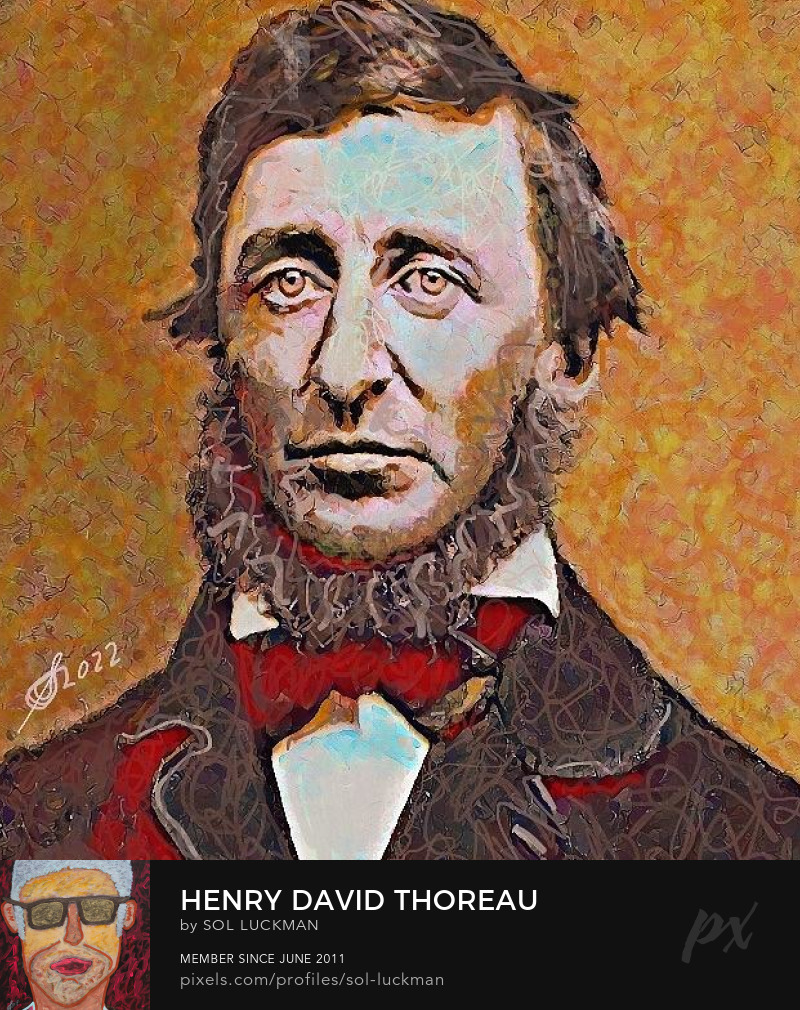 I have been told over and over again that negating and ignoring government, non-compliance, no obedience to the state, and ignoring all mandates, is not a solution, but I beg to differ. There are 330 million of us and only a handful of them in this country. If you cannot understand the dynamics of this power, and the numbers involved, then you will never see your way to any liberty. My solution is not something I can give you; it is no solution that can happen due to the efforts of the few, and it is not a fix-all for everyone. It is based solely on each and every individual deciding that he no longer desires to be ruled over and a slave. The responsibility falls directly on each of us, and if enough come to this conclusion, this tyranny would end quickly. I do not because of human nature, believe that enough people at this time will stand on their own two feet and say no regardless of risk. But in my mind, that is our only chance.

In order to gain freedom, you have to want it badly enough to do whatever it takes to gain enough self-respect to understand the importance of your life. No one can ‘give’ you freedom, you have to demand it unconditionally. You have to rebel within yourself, and not rely on any other to give you something that they have no power to give. This is an individual struggle, based on the cooperation of many who desire the same thing. It is not and cannot be accomplished by hiding in the crowd, cowering in fear, expecting others to give you an impossible easy solution, and avoiding the pain of becoming free. You, each of you, has to decide for yourself.

“The most important kind of freedom is to be what you really are. You trade in your reality for a role. You trade in your sense for an act. You give up your ability to feel, and in exchange, put on a mask. There can’t be any large-scale revolution until there’s a personal revolution, on an individual level. It’s got to happen inside first.” ~ Jim Morrison

Gary D. Barnett [send him mail] is a retired investment professional who has been writing about freedom and liberty matters, politics, and history for two decades. He is against all war and aggression, and against the state. He recently finished a collaboration with former US Congresswoman Cynthia McKinney and was a contributor to her new book WHEN CHINA SNEEZES: FROM THE CORONAVIRUS LOCKDOWN TO THE GLOBAL POLITICAL-ECONOMIC CRISIS. Currently, he lives in Montana with his wife and son. Visit his website.