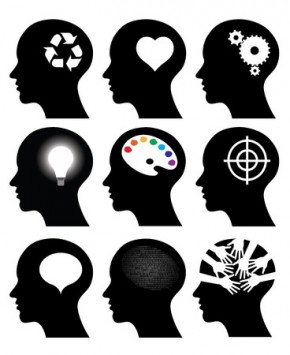 “All thought is not the same. There is random static. There is repetitious and circular rumination. There is thought devoted to solving a problem or analyzing a situation. There is thought that occurs when one is creating something that never existed before. To blithely say that ‘externally inserted’ mind control can replace all levels of thinking without a person being aware of what is going on is foolish.” (THE UNDERGROUND, Jon Rappoport)

In any arena of life, and especially when it comes to mind, perception, power, empathy, and so on, there is always a status quo. It’s merely the place where a person says, “Well, that’s enough. I’ll settle for what I have. I’ll stop here.”

Sooner or later, this leads to boredom, frustration, problems, and conflict. It leads to a decline.

Imagination, which knows no bounds, is the source for the most adventurous explorations. It can have great impact on the material world, of course, but one mustn’t therefore conclude it is composed of matter or energy. Imagination is non-material. To think otherwise winds you up in using some version of physics to depict imagination—and then you are imposing limits on it. This is an error. Imagination doesn’t obey any laws of physics.

You can create the same thing over and over, and eventually you’ll be about as alive as a table. Inject imagination into the mix, and everything suddenly changes. You can steer that boat anywhere you want to.

The lowest common denominator of consensus implies an absence of imagination. Everyone agrees; everyone is bored; everyone is obedient. On the opposite end of the spectrum, there are massive floods of unique individual creation, and then that sought-after thing called abundance is as natural as the sun rising in the morning.

Sitting around in a cosmic bus station waiting for reality is what reality is. Everything else is imagination.

There are those who believe life is a museum. You walk through the rooms, find one painting, stroll into it and take up permanent residence. But the museum is endless. If you were a painter, you’d never decide to live inside one of your canvases forever. You’d keep on painting.

The relentless and obsessive search for all those things on which we can agree is a confession of bankruptcy.

When we re-learn to live through and by imagination, we enter and invent new space and time.

With imagination, one can solve a problem. More importantly, one can skip ahead of the problem and render it null and void.

Imagination isn’t a system. It might invent systems, but it is non-material. It’s a capacity. It feels no compulsion to imitate reality. It makes realities. Its scope is limited only by a person’s imagining of how far imagination can go.

The human race is obsessed by the question: what exists? It appears to be a far easier question than: what do you want to create? This comparison explains why civilizations decline.

Imagination is a path. Walking on that path long enough, you find answers to all the questions you’ve ever asked, as an incidental side effect of the journey. You also find power that most people only dream of.

The author of three explosive collections, THE MATRIX REVEALED, EXIT FROM THE MATRIX and POWER OUTSIDE THE MATRIX, Jon Rappoport was a candidate for a US Congressional seat in the 29th District of California. Nominated for a Pulitzer Prize, he has worked as an investigative reporter for thirty years, writing articles on politics, medicine and health for CBS HEALTHWATCH, LA WEEKLY, SPIN MAGAZINE, STERN, and other newspapers and magazines in the US and Europe. Jon has delivered lectures and seminars on global politics, health, logic and creative power to audiences around the world. You can sign up for his free emails at www.nomorefakenews.com.