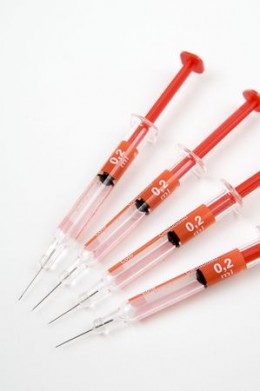 If someone told you …

These “scientists” would never say, “Well, we found that refined sugar is quite unhealthy.”

This is precisely the state of affairs at the Centers for Disease Control. The agency is, first and foremost, a PR machine. It promotes products. For example: vaccines.

So when CDC whistleblower William Thompson emerged from the shadows on August 27 and admitted he’d participated in research fraud, thereby giving the dangerous MMR vaccine a free pass by claiming it had no causal connection to autism …

he was illustrating a primary mission of his employer, the CDC: spread propaganda assuring the public that vaccines are safe.

Science? Are you kidding? The “research” effort of the CDC is just another way to do PR.

The rest of the CDC’s PR message? Vaccines are effective, and everyone must get them.

How does the CDC convince millions of people they’d better take the needle?

In March 2006, HARPER’S published a stunning article by Peter Doshi: Viral Marketing; The Selling of the Flu Vaccine.

(Also see Gary Null’s excellent blog post, The Public Relations Machine for the Vaccine Complex, at The Gary Null Blog, Feb. 1, 2013. Note: This article was originally published on 2009-10-07. The .pdf of the article is here. And, see this other excellent article co-authored by Gary Null, A New Flu Season of Pain, Profit and Politics.)

In the HARPER’S piece, author Doshi discussed a key presentation at the 2004 National Influenza Vaccine Summit, where speaker and CDC flack, Glen Nowak, outlined a recipe for promoting vaccines to the public.

Using slides, Nowak made key points. As you read them, one by one, picture a huge lab where researchers do studies (“we’re all about finding the truth”)—and picture that lab one open door away from the real bosses at the facility, who are all vaccine hustlers and hype artists and two-bit scammers.

Everything in quotes is from the CDC PR recipe. (See also this article by Brooke Lounsbury: Part Two – A Look at the Influenza Vaccine, February 13, 2014)

One: Sell the idea that the flu can “occur among people for whom influenza is not generally perceived to cause serious complications (e.g., children, healthy adults, healthy seniors).”

Translation: expand the target market for the flu vaccine—pretend that the people who would never need protection from the flu do need it.

Three: Make sure we are “framing … the flu season in terms that motivate behavior (e.g., as [flu is] ‘very severe,’ ‘more severe than last or past years,’ ‘deadly’).”

Four: Release continuing updates “from health officials and media” to emphasize that “influenza is causing severe illness and/or affecting lots of people—helping foster the perception that many people are susceptible to a bad case of influenza.”

Five: Present “visible/tangible examples of the seriousness ofthe illness (e.g., pictures of children, families of those affected coming forward) and people getting vaccinated (the first to motivate, the latter to reinforce).”

CDC PR flack Nowak, on National Public Radio, explained the real crisis at the CDC by referring to the CDC’s client—every PR firm has a client for whom they work: “… the manufacturers were telling us that they weren’t receiving a lot of orders for vaccine for use in November or even December … It really did look like we needed to do something to encourage people to get a flu shot.”

Well, sure. That’s the job. That’s what PR firms do.

And when the CDC has billions of dollars to promote their messages and “do research” that confirms those messages, they’re in the driver’s seat.

Just in case you think the CDC is engaging in good work by promoting flu-fear, because the flu really is a highly dangerous disease in the US … and “PR hype is a necessary strategy in this modern age”…

The CDC employs straight PR lies when it counts the number of flu deaths every year in the US. That’s right. Even in its statistical tables, the CDC is carrying out sheer hype.

Nowak didn’t mention that during his dog and pony show at the Vaccine Summit. It would have exposed the whole game.

Some years ago, when I was writing about the flu at nomorefakenews, I received emails from Peter Doshi and Martin Maloney. They fed me data from the CDC’s own charts detailing flu deaths in the US. And they pointed out the lies.

Doshi went on to write an analysis for the journal BMJ Online (December 2005). Here is a key quote from his report:

You might want to chew on that sentence for a while.

The author of two explosive collections, THE MATRIX REVEALED AND EXIT FROM THE MATRIX, Jon Rappoport was a candidate for a US Congressional seat in the 29th District of California. Nominated for a Pulitzer Prize, he has worked as an investigative reporter for thirty years, writing articles on politics, medicine and health for CBS HEALTHWATCH, LA WEEKLY, SPIN MAGAZINE, STERN, and other newspapers and magazines in the US and Europe. Jon has delivered lectures and seminars on global politics, health, logic and creative power to audiences around the world. You can sign up for his free emails at www.nomorefakenews.com.